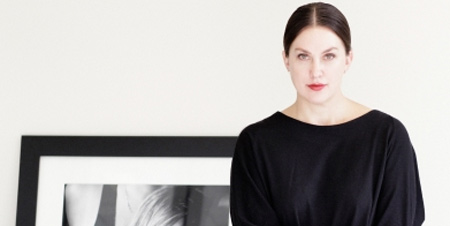 PepsiCo has tapped Kristin Patrick as its senior VP-global CMO for the Pepsi trademark, following a ten month search. In keeping with PepsiCo's new global model, Ms. Patrick will be responsible for brand management and architecture across the Pepsi trademark globally. She will lead all communication, including the continued roll out and evolution of the "Live For Now" platform. Additionally, she will lead the global beverage group innovation team and define priorities and expansion opportunities for Pepsi. Ms. Patrick, who starts on June 3, will report to Brad Jakeman, president-global beverages group, and work hand-in-hand with Simon Lowden, CMO at Pepsi Beverages North America. “[Kristin will be] thinking about how Pepsi continues to be the brand in the cola category that reinvents things and excites people with new ideas, whether that’s new product ideas, consumer engagement ideas or packaging ideas,” Mr. Jakeman said. It’s a tall order and a new role. PepsiCo has not styled a global CMO role for its Pepsi trademark before, given the brand was managed on a more regional level. Mr. Lowden formerly held the title PepsiCo International CMO. Mr. Jakeman said the creation of the new role is consistent with the global operating model PepsiCo has established. That model includes a global beverage group, global snacks group and global nutrition group. Eventually, each of the top 12 global brands will have a global leader, Mr. Jakeman added, though that person won’t necessarily be a CMO. “Pepsi is our biggest and most global brand. We have never up until very recently managed brands on a global basis, so you look around the world, we’ve had different positioning and campaigns, different packaging, in some case different logos,” Mr. Jakeman said. “We’re marketing to global consumers that are hyper-connected to each other, no matter where they are in the world. It makes sense to manage brands on a global scale.” Mr. Jakeman said he spent nearly 10 months looking to fill the role, interviewing marketers around the world. He said Ms. Patrick distinguished herself by excelling at managing brands in a pop culture context. “Why Kristin rose to the top is she truly understands how brands operate in a cultural context,” Mr. Jakeman said. Ms. Patrick, a 20-year marketing veteran, has spent time at Walt Disney, Gap, Calvin Klein, Revlon and NBC Universal. She got her start at Foote, Cone & Belding, where she worked on Mattel. She served as senior VP-strategy at William Morris Endeavor, where she was behind Polaroid’s partnership with Lady Gaga, and, most recently, was CMO for Playboy Enterprises where she worked to extend the brand into categories like wine and launch new digital initiatives, including gaming and an e-commerce hub. Ms. Patrick is Mr. Jakeman’s second major hire, the first being Mauro Porcini, who last year became the company’s first chief design officer. Mr. Jakeman said he’s now done making major hires and will begin focusing on the “innovation agenda” and other global brands like Mtn Dew and Mirinda, a line of flavored sodas. “For the first almost two years I really spent a lot of time focusing very deeply on Pepsi,” Mr. Jakeman said. “Now this gives me an opportunity to also start rolling out global brand positioning for other key social beverage brands … as well as spend more time figuring out how to drive growth on carbonated beverages on a global basis, unlocking some innovation to create new categories for consumers.”
Tags： Kristin Patrick Pepsi