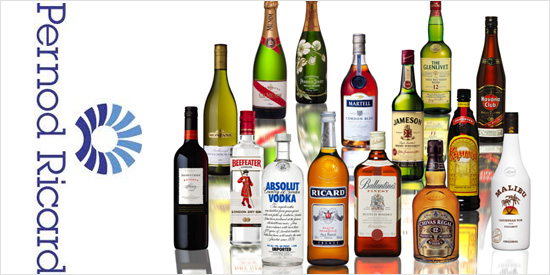 Brands under Pernod Ricard include Chivas, Ballantine's, Absolut, Martell, Jacob's Creek, Havana Club and Royal Salute. It's believed that, incumbent Carat Shanghai has defended. Other agencies - such as OMD, Starcom and GroupM(still unclear which agency brand will on behalf of) - had also been invited into the review. Source also noted that, Pernod Ricard decreases its media spend in recent years. Carat has handled Pernod Ricard's media business in China from 2003. Pernod Ricard has emlpoys various creative agencies for each brands in China, and creative rosters will not be affected.