By：麦迪逊邦
2012-09-04 18:19:12
0 0
SHANGHAI – Gap China’s iconic ‘Let’s GAP Together’ campaign has unveiled two of its most thought-provoking pairings yet: social networkers Biz Stone and Daniel Wu; and two ordinary girls symbolising the fusion, and the future, of Chinese and American culture 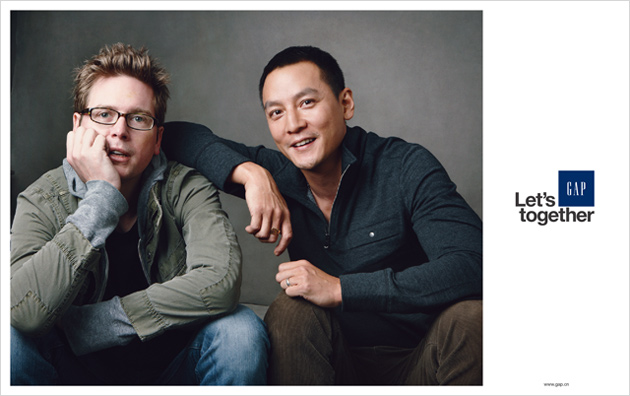 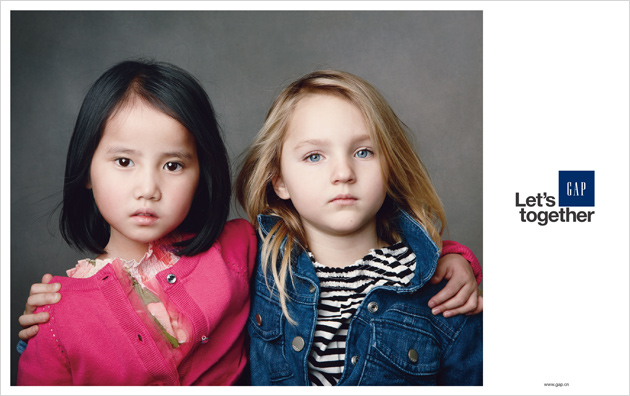 Classic American fashion brand, Gap stands for encouragement, freedom and passion. First launched in 2010 upon the brand’s entry into China, the ‘Let’s GAP together’ campaign was created by Y&R China to celebrate the fusion of Chinese and American culture, inviting well-known pioneers in the field of performing arts, photography, art, music, and other figures to be involved in the campaign. The campaign has been enthusiastically received from cities across China, having been photographed by American fashion industry legend Annie Leibovitz. Fresh combinations such as the pairing of Daniel Wu alongside Twitter founder Biz Stone representing the power of social networking creates a new twist on the campaign. Gap also paired ordinary girls from the United States and China as the heroes, giving audiences the chance to explore the campaign’s deeper meaning. This new season’s advertising has been placed in mainland China and Hong Kong. “We hope to see this large group create a buzz of discussion,” said Gap China Chief Marketing officer Grace Wong. “Whether it is how Daniel Wu and Biz Stone changed the way people communicate through multiple social networking platforms, or how an ordinary girl can become a major star – it is also a chance for audiences to consider the deeper significance behind this creative.” An outstanding actor and director, Daniel Wu’s creation of an online platform for music, film and other creative industries has made him a pioneer in the field of social networking. His partner in the photo, Biz Stone, revolutionized global communication when he created Twitter. Lastly the story of two ordinary girls from different cultural backgrounds, despite the language barrier, shows a newfound friendship and their sharing of happiness. Their innocence and happiness, like most children, represents hope for the future. Commenting on the campaign, Chief Creative Officer Y&R China Nils Andersson said: “These are the most thought-provoking images yet, encouraging people to consider the deeper significance of social networking – and indeed communication – as well as optimism and the opportunities ahead, as embodied by the two young girls who hold the future in their hands. The Sino-American relationship is one of the most important global partnerships moving forward, this campaign captures that perfectly.” “Let’s GAP together for me it is a collaboration of Eastern and Western cultures. I believe that Gap would like to express itself before integrating into the new culture, firstly trying to understand the culture through the common ground in order to create a closer relationship. I think that ‘Let’s GAP together’ is very cool idea’,” said Daniel Wu. “For me ‘Let’s GAP together’ allows people to realize that they are not just one country or state, and that they should be part of the whole world,” added Biz Stone. Social Networkers – Daniel Wu and Biz Stone Daniel Wu is part of Hong Kong’s entertainment elite, best known as an award-winning actor, musician and the director. He has acted in over 50 different movies, many of these brilliant performances have earned him many awards, including the Taiwan Golden Horse Award for best supporting actor and the 2007 Hong Kong Film Festival Best Newcomer Director Award. As a supporter of the creative industries, Daniel Wu and his band members created a website called Alivenotdead.com. This site provides a unique platform for musicians, filmmakers, actors and artists to meet, share their work and connect with their fans. In addition, this platform has is open to everyone showing no boundaries, current members including actor Jet Li, singers Khalil Fong, Nicholas Tse, talented toy designer Karen Reni Wong, and musician Kevin Li, etc. You can find Twitter at @danielwuyanzu or on Weiboat @wuyanzu. Christopher Biz Stone changed the way the world communicates when he founded Twitter in 2006. Highly praised for his work, Biz is a true entrepreneur, helping promote other popular social networks such as Blogger and Odeo. Biz has won many awards including “Nerd of the year” for GQ in 2009, one of Vanity Fair’ top ten influential people In 2010 and also voted one of the world’s most influential people by Time magazine. He iss a true humanitarian, supporting many causes involving environmental protection, animal protection and global education. He described himself as “an Internet guy who believes in the triumph of humanity with a little help from technology”, a common theme in his projects, bringing strangers together from around the world. He can be found on Twitter at @Biz. The Future They say ‘Hello’ to the future. Celebrating the cultural integration of China and the United States, ‘Let’s GAP Together’ has cleverly paired people from two different countries, who share a common passion in various fields of creativity/ This summer, Gap started using ordinary girls who are non-artists and non-models, alongside the pairs of stars, artist and entrepreneurs. Even though they may not speak the same language, they are laughing and dancing together happily proving it is easy to share a simple but sincere friendship. Who are they? They represent a new hope for the future.
Tags： GAP Y&R 扬罗必凯