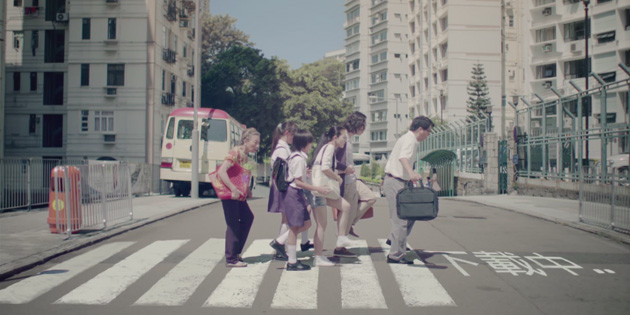 HONG KONG – one2free recently launched two TV spots created by TBWA\TEQUILA\Hong Kong as part of a fully integrated campaign to announce their new 4G LTE compatible device, a mobile dongle. Parent company, CSL Limited, was the first mobile provider in Hong Kong to acquire 4G technology late last year, and this launch marks the first product to offer 4G LTE service directly to consumers, reinforcing the company’s position as the fastest mobile broadband provider in Hong Kong. (Lift 电梯篇) （过街篇） （电影片头篇） “The launch of our 4G LTE dongle is a very important milestone in one2free's 4G LTE network development,” said Mark Liversidge, Chief Marketing Officer of CSL, “as we are now the first in Hong Kong to provide an uninterrupted mobile broadband experience to the general public. The concept behind the commercials is derived from the fast pace of life in the city. Hong Kongers don’t accept delays and interruptions in everyday life, and the uninterrupted 4G LTE mobile broadband service from one2free means you don’t have to accept them online either, no matter where you are.” The campaign challenges Hong Kong people to accept nothing less than one2free 4G LTE, the city’s fastest and most reliable mobile broadband service. “Targeting everyday Internet users, the TV spots use humor to dramatize everyday interruptions that would not be accepted in real life”, said Joanne Lao, Managing Director, TBWA\TEQUILA\Hong Kong. 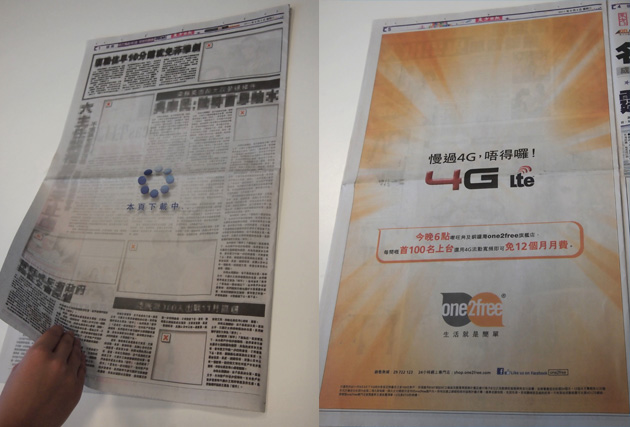 The spots feature ordinary people going about their everyday lives who are suddenly victims of Internet buffering interruptions in the real world. In one execution, a man is unable to cross the street because the zebra crossing hasn’t loaded yet, and in another, a few people are trapped in a lift while they wait for the rest of the floors to “load”. In a humorous twist, a pregnant woman has given birth to her baby when the lift doors finally open on the correct floor. The spots include alternate endings to enhance the takeaway and to surprise an already Internet-savvy Hong Kong audience. In addition to the TV spots, the campaign uses contextual creative executions in print, cinema and online, interrupting the medium in a surprising way. The executions carry the message that “you would not accept it in this medium – why would you accept it online?” These include a newspaper page failing to load, films at the cinema pausing and buffering, and breaking news segments unable to deliver the news due to a slow connection. In summary, the campaign challenges the audience to re-think previously acceptable interruptions to their mobile broadband Internet service. Media is handled by OMD. The campaign runs until mid-September. CREDITS: Project Name: one2free LTE launch Creative Agency: TBWA\TEQUILA\Hong Kong Client: CSL Executive Creative Director: Mark Ringer Creative Director: Lincoln Damen Associate Creative Director: Annie Loo Film Director: Barney Chua Group Account Director: Jan Cho Account Manager(s): Kenard Chui Media Agency: OMD
Tags： TBWA