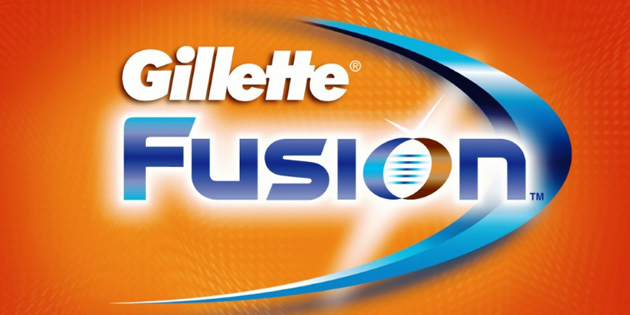 全球- 经过长达7个月的比稿之后，宝洁公司宣布将旗下男性剃须护理品牌吉列(Gillette)的全球业务转交给WPP旗下的葛瑞(Grey) ，这也终结与后者与BBDO在该业务上长达80年的代理关系。一直以来，葛瑞也是宝洁最重要的创意代理之一。 The move, announced today by P&G, eliminates the biggest piece of BBDO and Omnicom Group business from the world's biggest ad spender, though BBDO retains such business as Venus women's razors, the Art of Shaving, and the billion-dollar Braun shaving brand globally. It covers the global "brand agency leader" assignment for Gillette men's grooming and global digital advertising, but doesn't immediately affect other parts of the account, including communications planning handled by Aegis' Carat , media buying handled by Publicis Groupe's Starcom Mediavest Group or PR and in-store handled by Omnicom's Ketchum and Integer Group . P&G began the review in September focused on North American general and digital advertising, but following a review that included spec global work, resulted in a global assignment. Work will be shifted to Grey during a three-month transition period, said Patrice Louvet, president-global grooming and shaving. The assignment covers Gillette men's razors, blades, shave prep, skin care and deodorant. "The goal from the get-go was a global intervention," Mr. Louvet said. "We wanted to focus the work on North America first and foremost, because we felt it was the highest bar to achieve." A person familiar with the matter pegged global agency revenue on the account at $45 million, which P&G executives declined to comment on. P&G spent $146 million last year in the U.S. alone on measured media for Gillette men's grooming products, according to Kantar Media. With retail sales of $2.7 billion, North America accounted for only 23% of Gillette's $11.7 billion global sales, according to Datamonitor data from Sanford C. Bernstein. The Gillette shaving business, in particular, is one of the most valuable in packaged goods, roughly twice as profitable as the rest of P&G's portfolio. "We were incredibly impressed with all of the work," said P&G Global Brand Building Officer Marc Pritchard. "This was not an easy decision. But Grey's work stood above the rest, inspired us the most and best delivered what we were looking for." "BBDO is a world-class agency," Mr. Pritchard said. "They created some of the most memorable communication in the history of marketing to men. And they'll continue to serve as an important partner on several of our other businesses." In 2007, BBDO previously lost another piece of business it had prior to P&G's $57 billion acquisition of Gillette in 2005, the Oral-B account, to Publicis Worldwide following a similar review. Saatchi & Saatchi was also a finalists in this review, which earlier included Wieden & Kennedy , Portland, Ore., and Publicis Worldwide, New York, who were eliminated in a first round of cuts in January. BBDO declined to comment and referred calls to P&G. The change comes despite a recent turn in the Gillette business in North America following an unprecedented move to give major media support to the legacy Mach 3 brand for the first time in many years and positioning both Mach 3 and top-of-the-line Fusion products as being for "sensitive" skin. That's produced some of the best results for Gillette in several years. As the review began, Gillette had dipped below the 80% market-share threshold in replacement blades -- the biggest and most lucrative part of the business -- for the first time in memory after years of declines. Sales were slipping too as men shaved less for fashion and value reasons. But in the 12-week period ended March 16, Gillette's share in blades was up 0.4 points year over year and two points over the third quarter to 81.8%, with year-over-year sales up 3.4%, according to Nielsen data from Deutsche Bank. That came in the face of a major promotion at Walmart for new Axe razors from Energizer Holdings' Schick and Unilever . Adding to the stakes in the review is likelihood of a substantial spending increase as P&G nears the eight-year anniversary of the 2006 Fusion launch -- a period after which Gillette has traditionally launched new systems. Mr. Louvet declined to comment on plans for a new system but said the brand has "a robust innovation pipeline." BBDO has handled Gillette since it acquired the Clyne Maxon agency in 1966, and Maxon had held the account continuously since 1937 following a four-year hiatus, after first winning the business in 1931. In all, that covers more than 80 of the brand's 110 years in existence.
Tags： BBDO Gillette 吉列 葛瑞